Hey guys, I'm the developer of Deus Novum, a spiritual successor to Black & White. It just released into early access on steam.
Check it out! 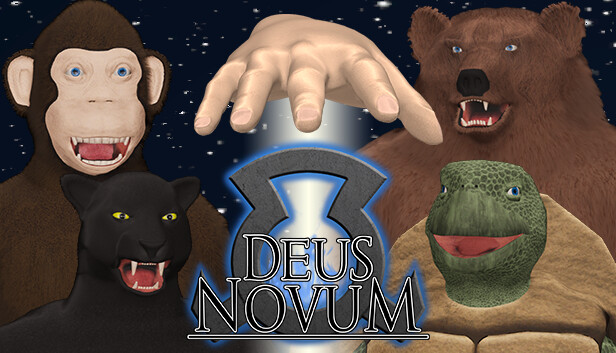 Deus Novum is the god game you've been waiting for. Cast miracles with the power of your villager's prayer, train your creature to behave or misbehave, build elaborate villages, and fight back against the forces of evil.

Some features:
Creature AI behavior with learning like in Black & White including learning from watching villagers, your actions, and your reinforcement of behavior.
AI director inspired by Rimworld that sends targetted events to your village(kidnapping children, burning crops, razing village, and more!)
23 miracles (and their two upgraded versions) with different behavior
Building system with buildings that can empower your villagers
Build prayer power networks to automatically create miracle bubbles, or purify enemy creatures
Ocean with wave accurate buoyancy physics.
Dynamic fire system that lets you light any tree, building, villager, or creature on fire as well as burning the grass which will grow back over time which can be put out with rain or storm miracles or by grabbing water from the ocean.
Skipping rocks/other objects on the water

Some miracles:
Fireballs: Send an arc of fireballs across the terrain, lighting everything on fire.
Tornados: Twirling gusts of death that damage anything in their radius while knocking villagers/animals over, uprooting trees, and sending them flying. You can light them on fire, but do so at your own risk!
Freeze: Cast to freeze an enemy or ally in their place. They'll be frozen and unable to move, but you can thaw them out with a fireball or wait it out.
Slow/Freeze Time: Slow or freeze time and throw stuff that will continue its path when time returns to normal speed
Invigorate: Speed up your creature/villagers
Summon Stone/Ice/Lava Golems: Summon golems to defend your village from the attacks of the goblins
Last edited: Aug 26, 2022