title says it! I'd like your opinion on my towns I build.
Here is land one. 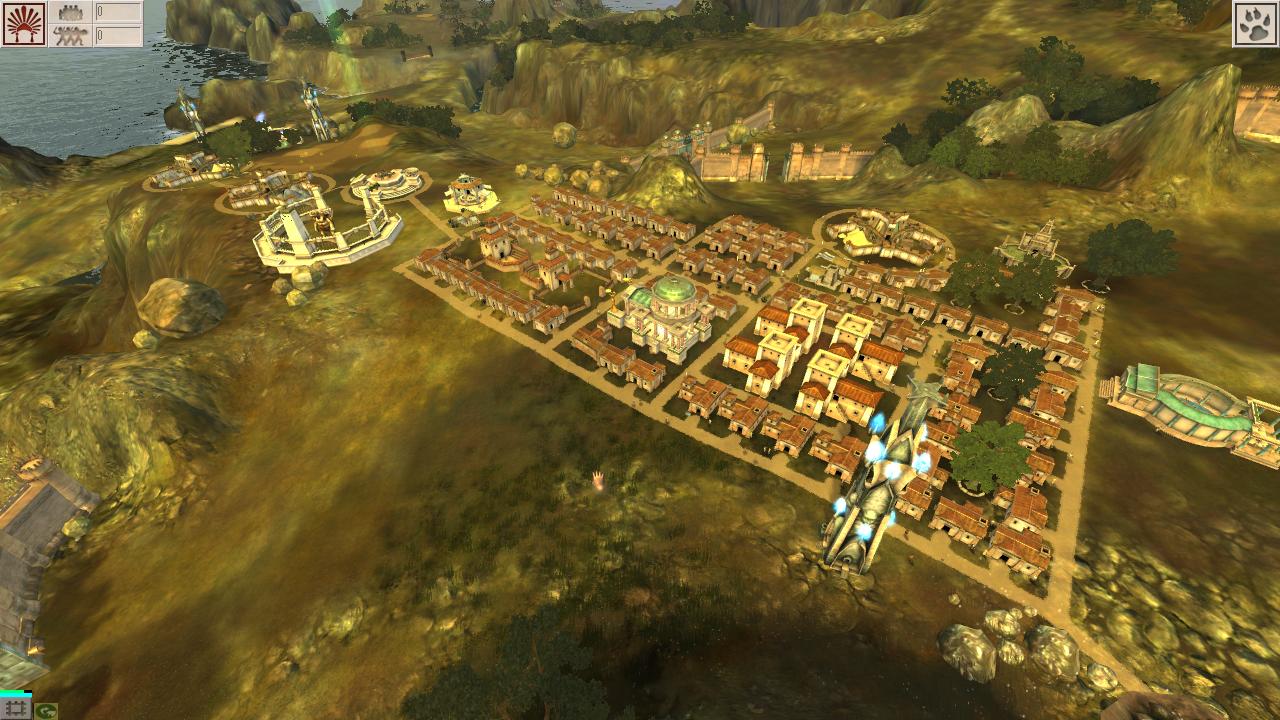 I will post a screenshot for the other two lands once I've finished them.
K 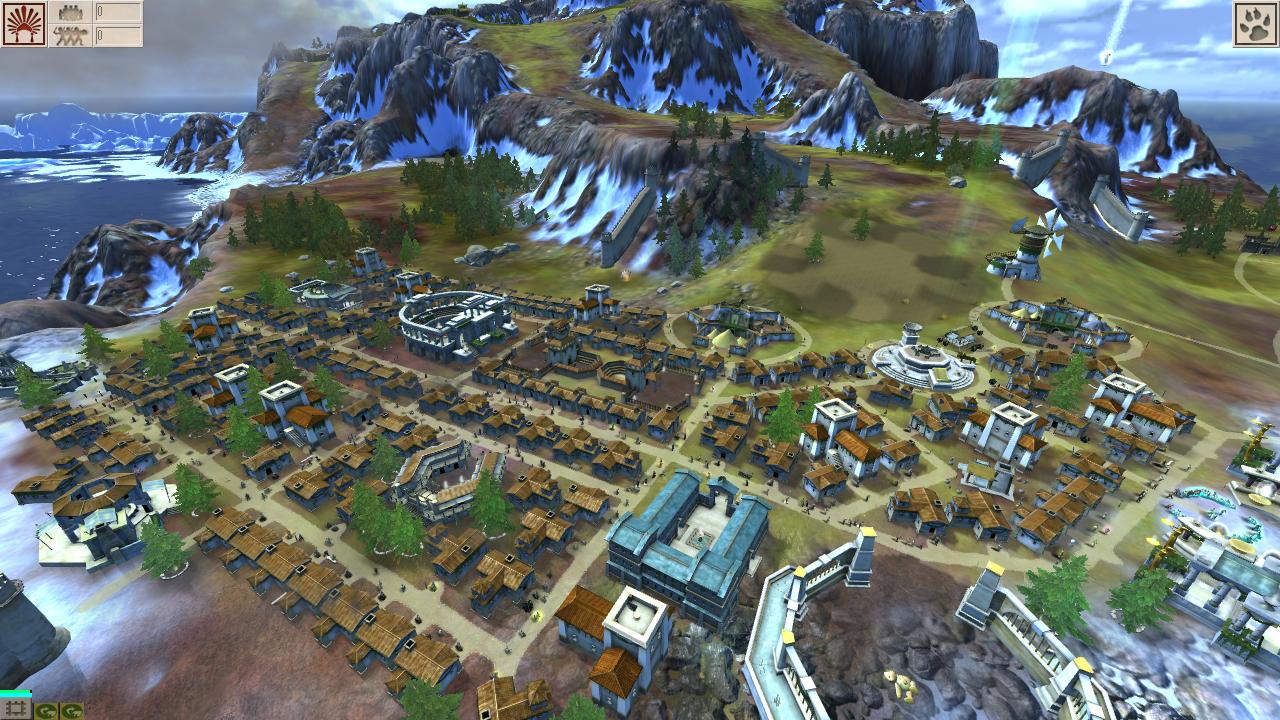 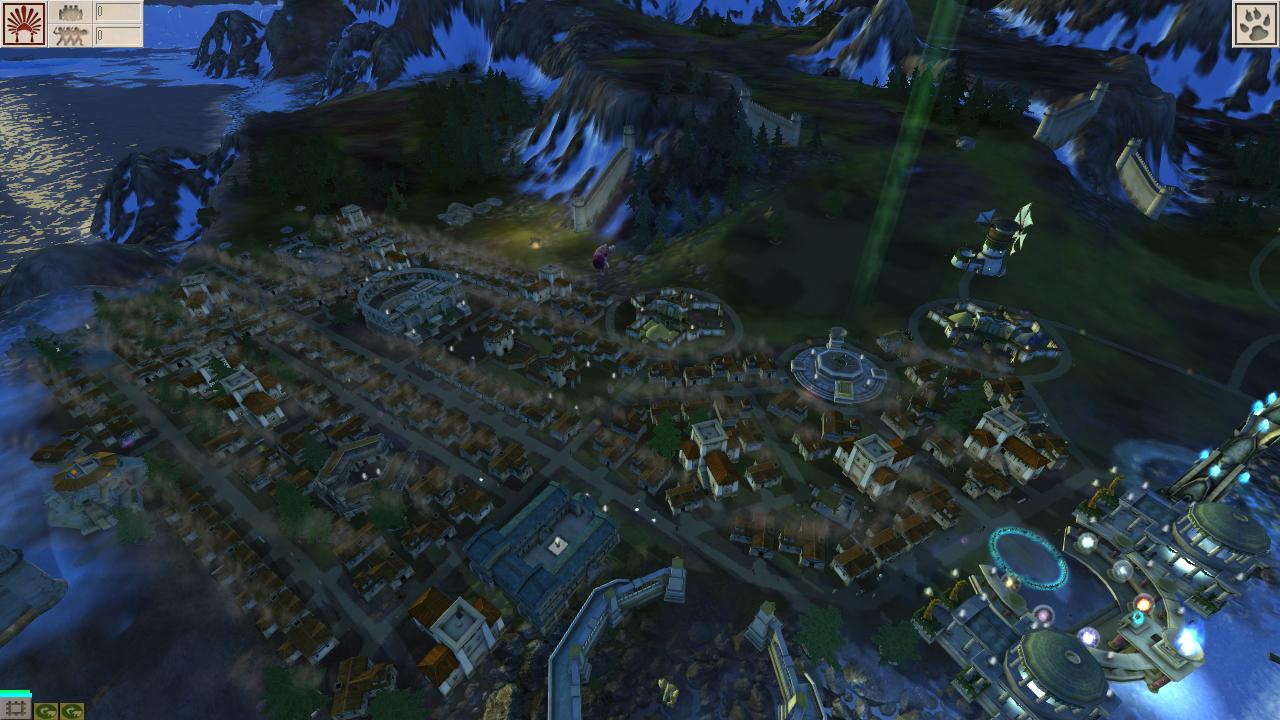 i like the second one more, it looks more structured and the variety of buildings looks better, too.
K

Thanks for the feedback! Here land three. 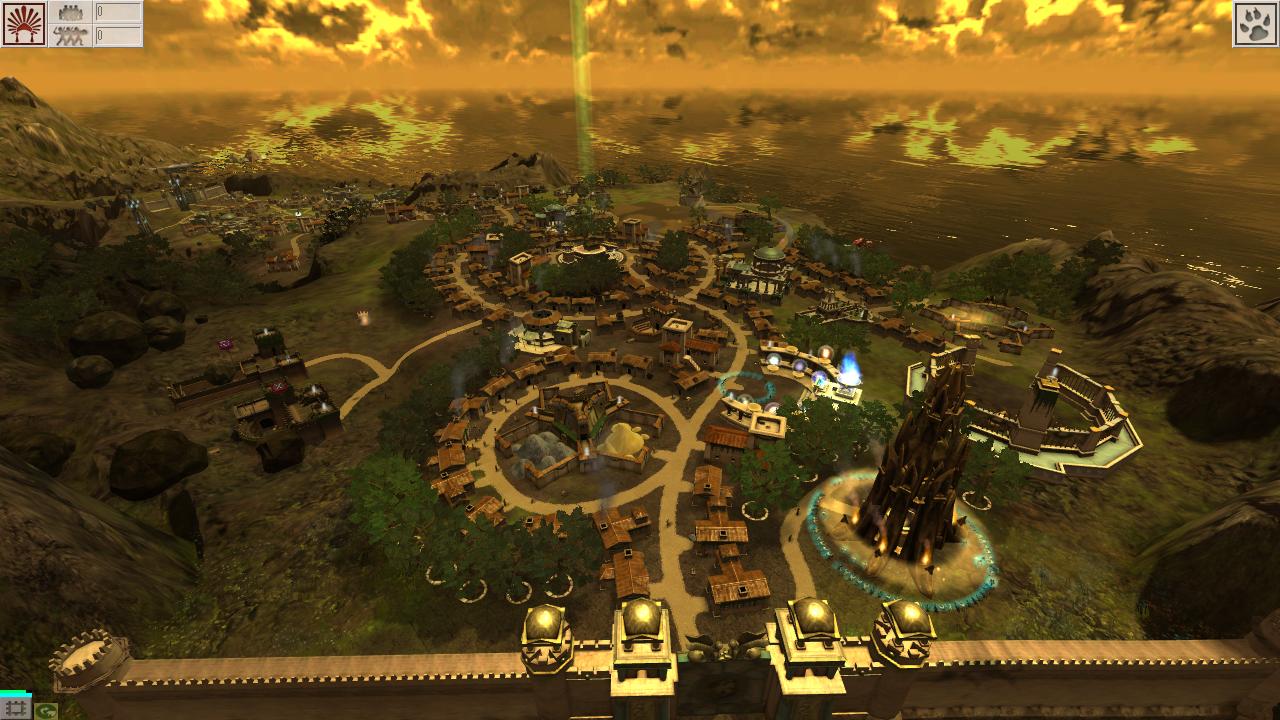 Whew! That was fun. I think I will try to beat the game in the evil way now.
S

I like the second one too- it looks more like a bustling town. I'd like to see it during the day if it's not too much trouble. I also like how you went with a circular path design on Land Three. It feels more "organic".

I second S_Phil1690's opinion.  Seeing screenies like that gives me notions of trying to play the game again on my laptop.
K

Luckily I have saves for every land.
I included a screenshot of the second one in daytime.
Also, the kind of circular shape on land three completed itself because of how the map is set up from the beginning.

Again, thanks for your feedback!

Edit: Sadly there isn't a measurement to determine the length of a road.
We could create some sick looking cities with that.

I build different types of towns. My main target is efficiency. This is for B&W2 and BOTG.

Villas and such hold very few people for the area the housing covers and one of the main (game/level) winning aims is to get a lot of happy villagers either for influence or for cannon fodder.

I have built similar towns to yours but always had problems with population happiness. My solution was to build a small block of skyscrapers (6-7) on the most impressive area and then give all access to at least Temple,Tavern and Nursery.

I will try to find some pics.
K

At first I intended to build a city on a custom map.
Two maps catched my eye, one of them being Daxter's land one from the original Black & White.
Unfortunately neither worked correctly as either breeding was broken or my villagers had an absurd demand of food.

So I decided to install the expansion again. 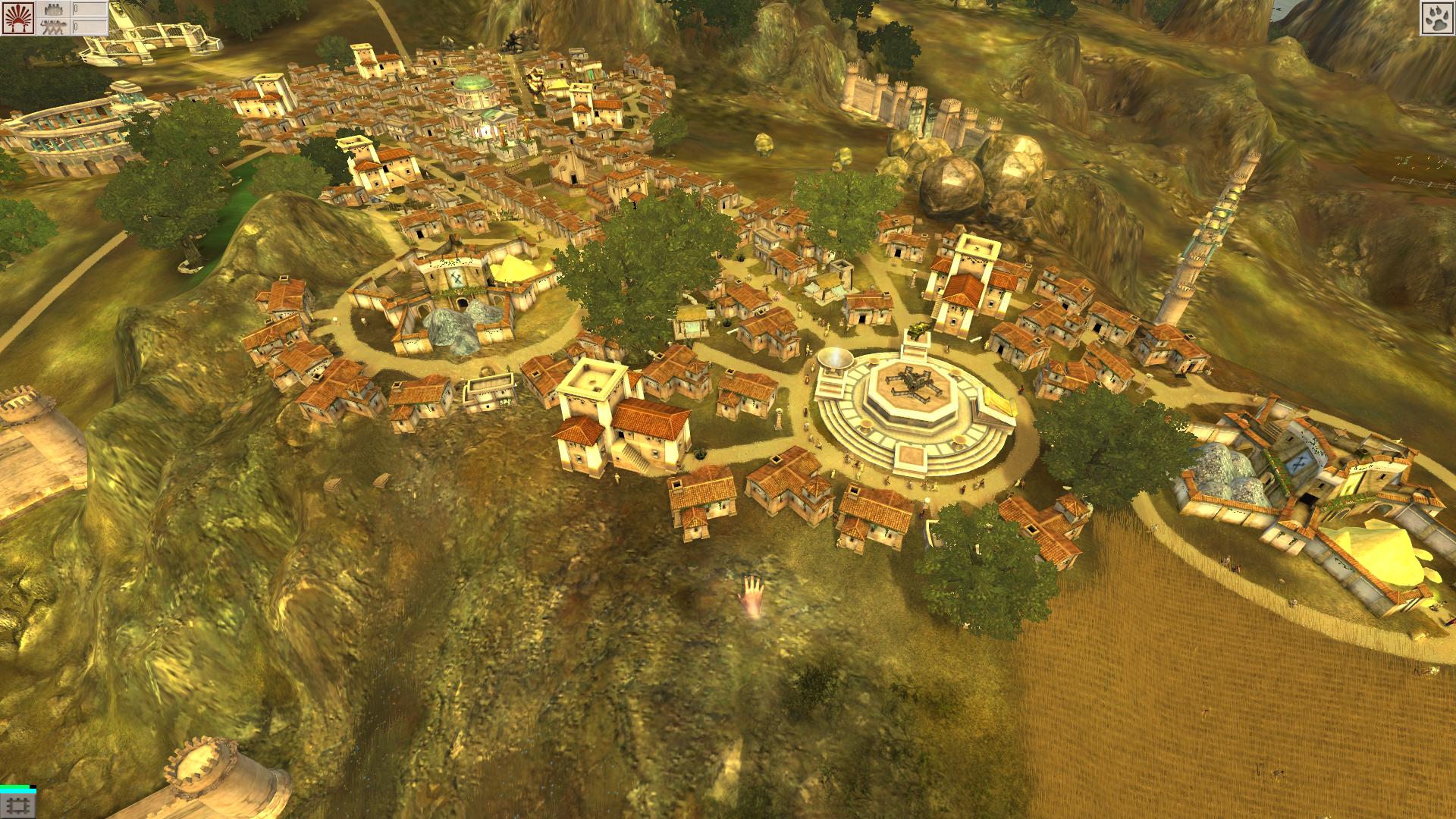 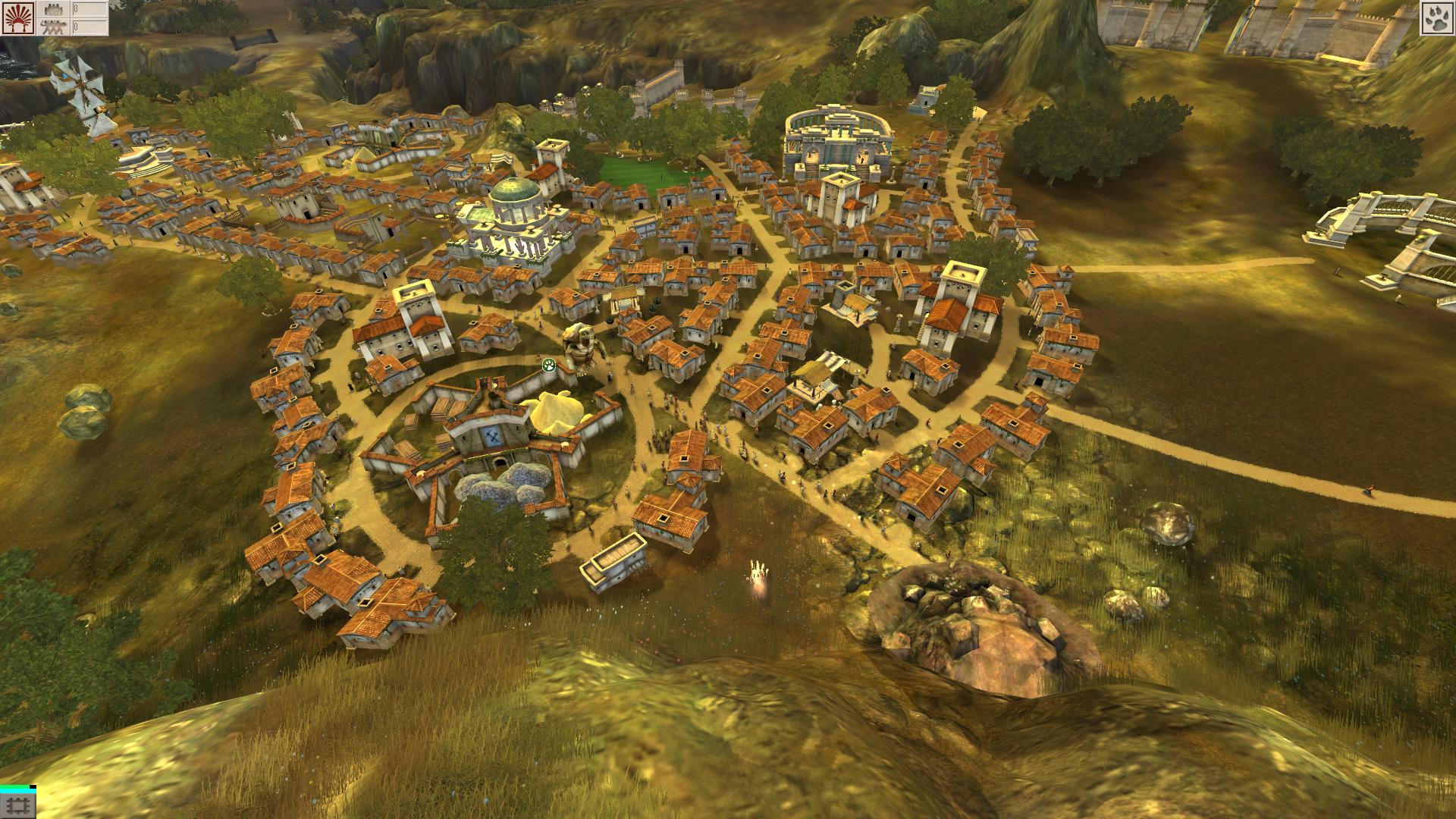 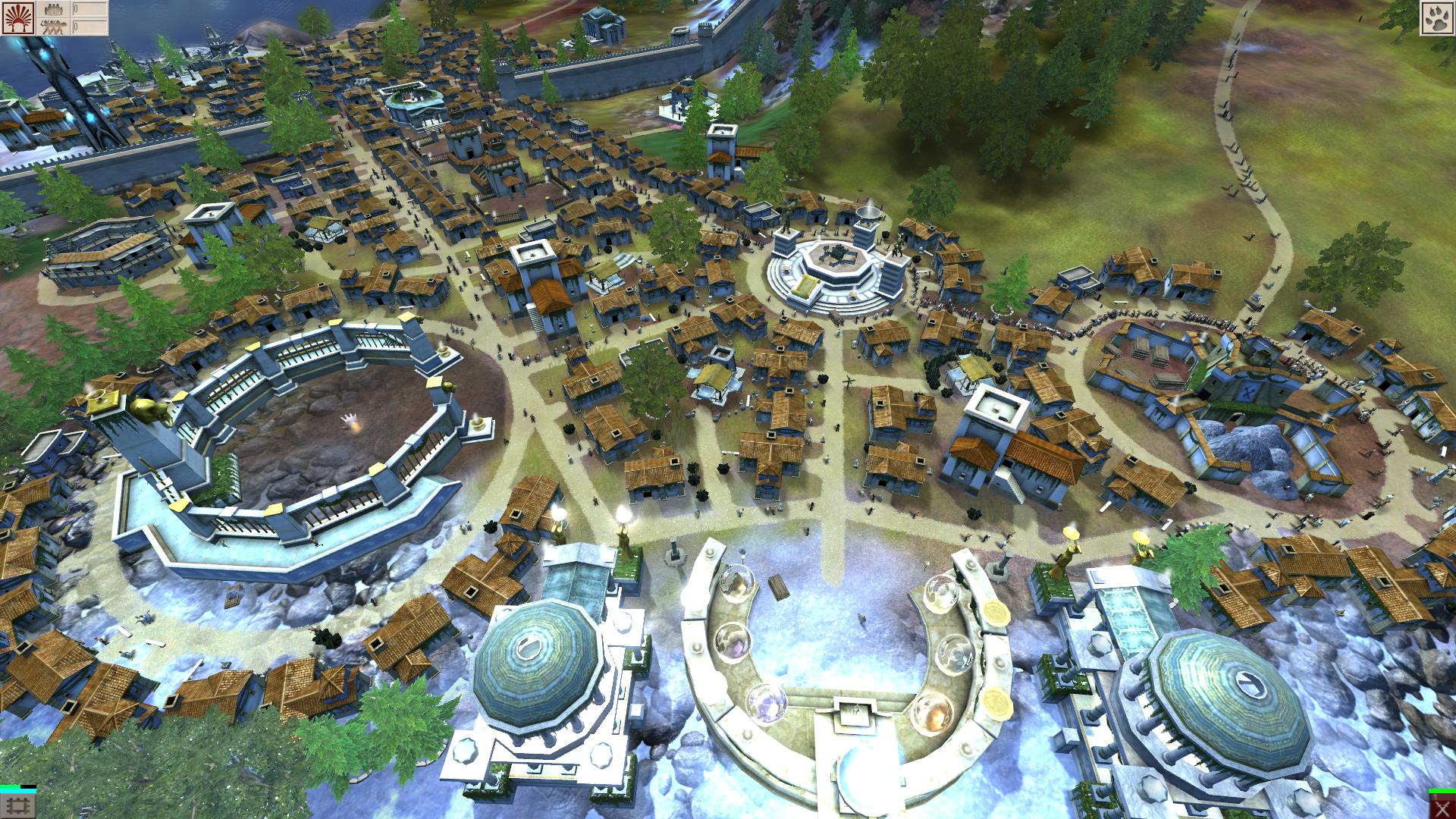 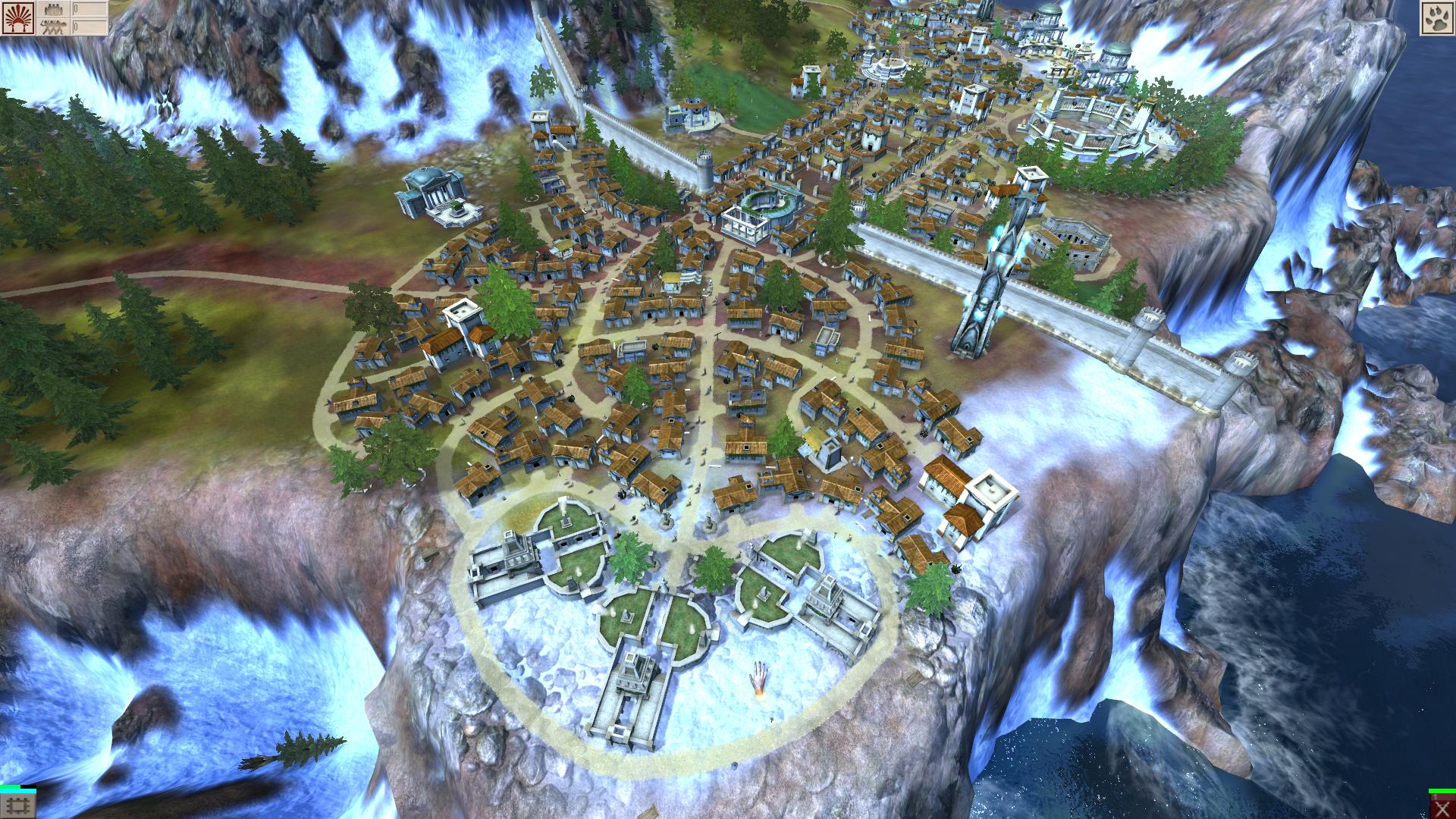 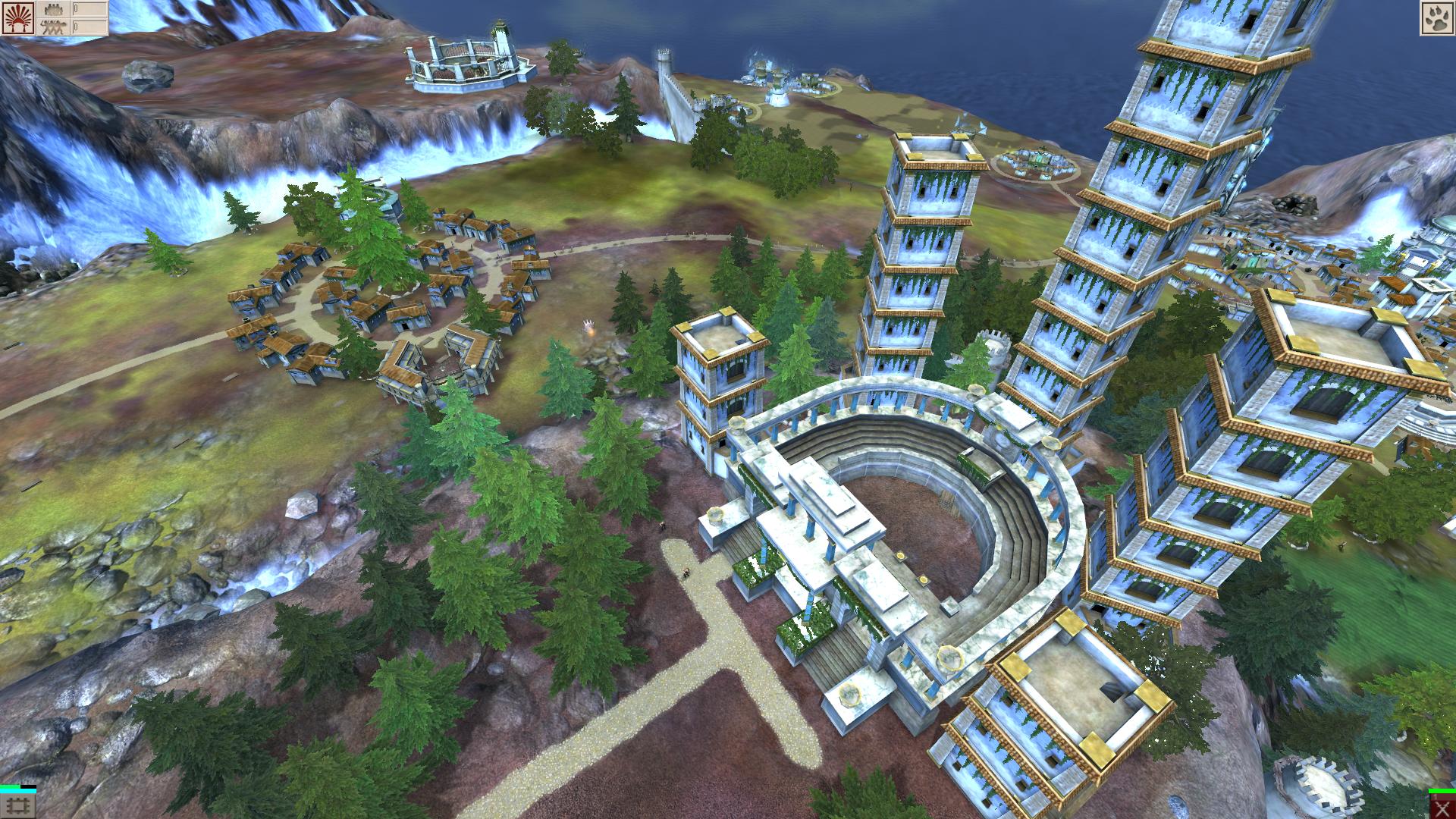 I don't know why but for some reason the game decided to turn a part of the influence ring into purple while I was building that city.
I have never seen that before. 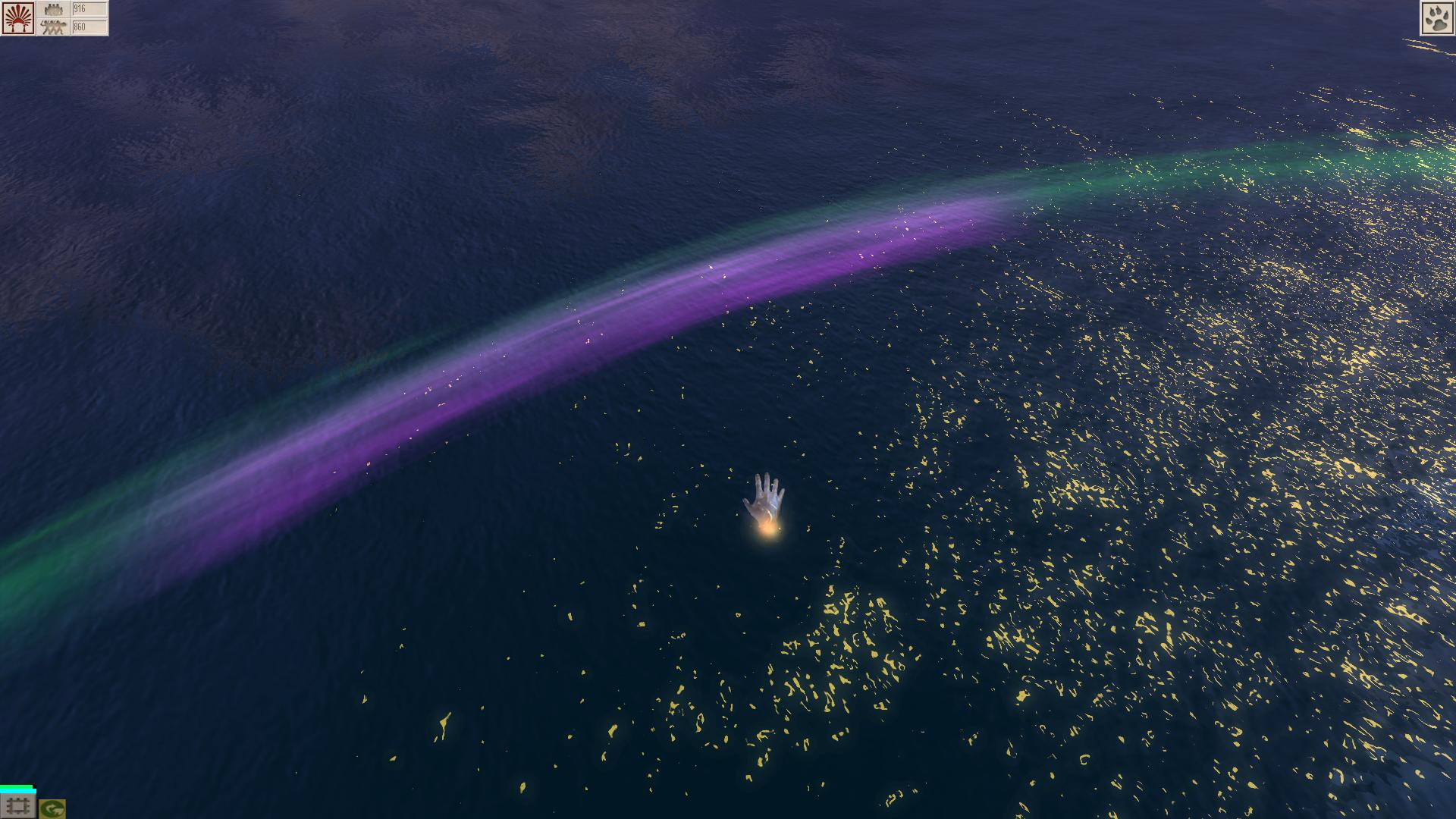 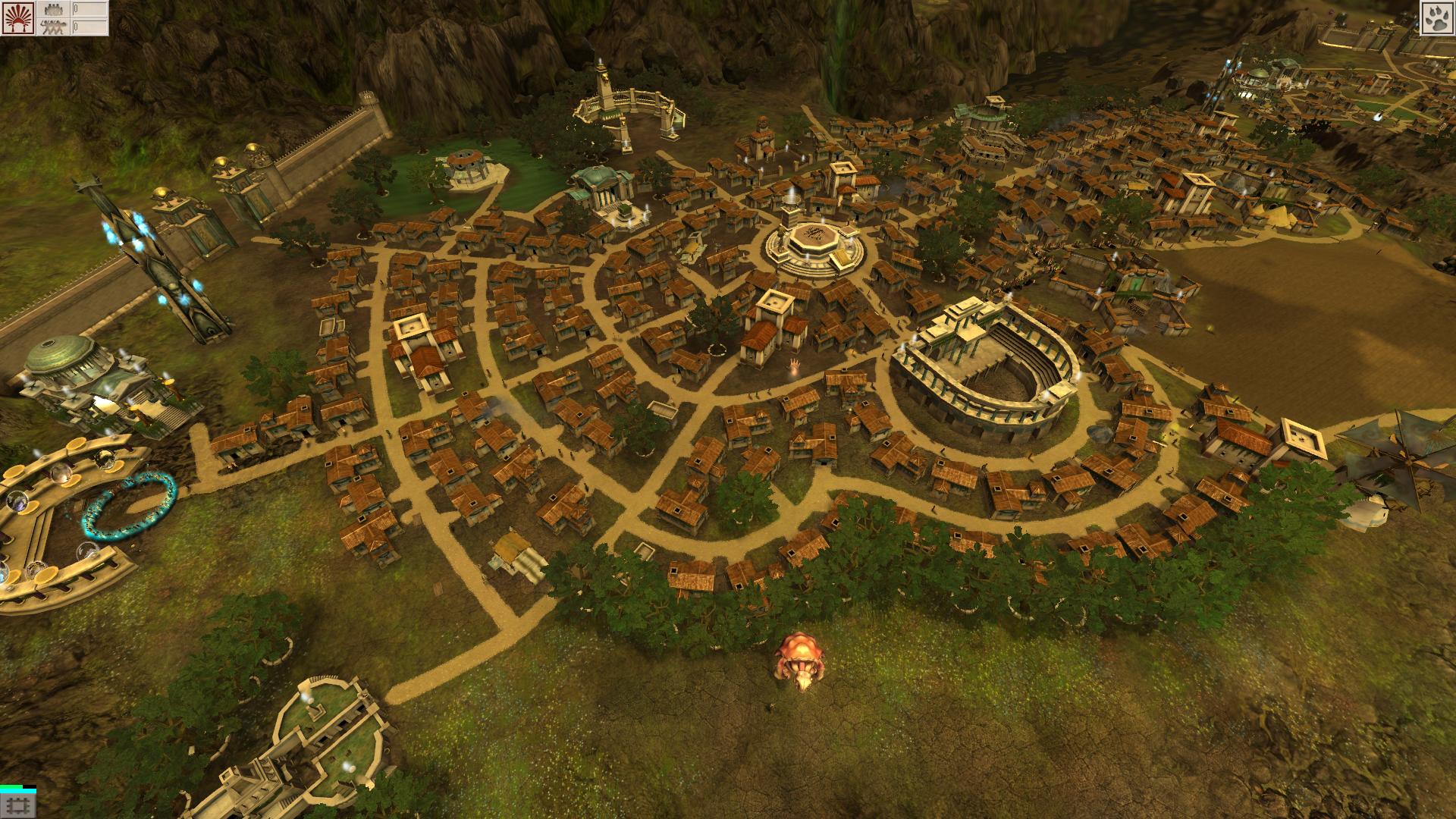 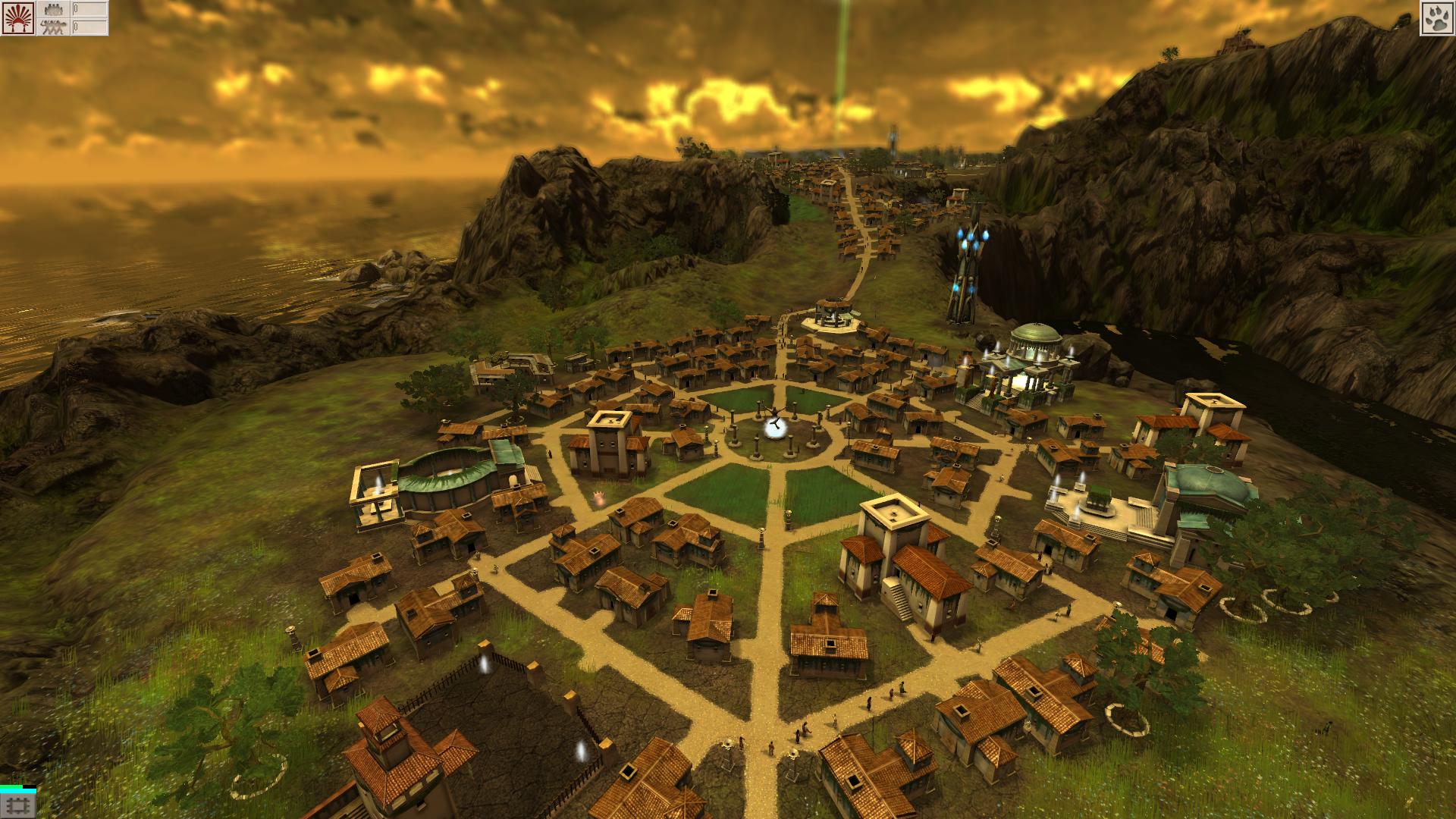